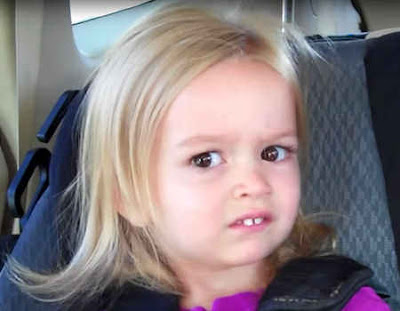 This is something that's weighed heavily on my mind for some time now.  I'm an indie filmmaker.  I've worked as an indie filmmaker since I got into film back in 2013.  I went the film school route, graduated with honors as the Valedictorian, and continued my training down in L.A.  I eventually decided to start my own production company with my business partner, Hooligan V, in 2016 in the Bay Area where there wasn't (and still isn't) many production companies.  It's an area not over-saturated like Hollywood but has enough creatives in it to make prosperous if everyone actually pulled together and treated film as a business.  Through the years, we've helped on many productions - mostly shorts but some features as well, corporate videos, music videos, commercials, etc etc... and to be honest, I'm really tired of the Bullshit game so many indies in this industry want to play.

Of course this doesn't apply to everyone, and we've worked with some phenomenal people along the way, but there is a stigma perpetuated by film students, indie filmmakers, and freelancers outside of L.A. that seems to be a self-fulfilling prophecy.  I've lost count of how many filmmakers we've come across that felt they are God's gift to the film world with their short film idea they wrote, a story that's going to "change the industry" or "break the mold" somehow.  Although it's great to have that much faith into your project, that should never... NEVER prevent you from continuing to grow and hone your skills as a filmmaker.  The moment you think you know it all, you're wrong.

My team and I have made a habit of cycling growth with each an every project we work on.  That's not to say we're the best out there - far from it - but we constantly evaluate and acknowledge where we're lacking and plan to fix it the next time around or try something different.  Since film school, indie filmmakers seem to have forgotten this huge factor and remain with their heads in the clouds they've smoked for themselves.

To be fair, I gripe a lot about the lack of business acumen of indie filmmakers mainly because of the huge lack of it that I found in myself.  It's as if the artist in us clings to anything that will make our lives easier in the process of doing what we love without taking away from the art itself.  The problem is that film is one of the most complex mediums that requires both artistic design and business structure to create success.  You need a great story, great storytellers, great designers, great marketers, great teams, etc, just to get noticed as something that might be just good to audiences.  Too many indies are trying to take on too many roles by themselves, often by just one or two people.  I'm not going to lie, but we literally caught ourselves doing that recently.

This Bullshit Game is strong in the indie world, and from one creator to another, I say we need to stop getting in our own ways and start building together.  The idea that people are "selling out" because indies take on deals with larger studios needs to die already - they're getting more funding and recognition unlike you and I.  We have to stop looking for the easy ways out and look for the ones that will help us continue creating as artists - yes, that means finding those that can run businesses.  Crowdfunding will only get us so far as independents and should be one avenue to create clout towards larger fish.  I digress.  We don't need to "fake it" anymore and focus on what matters most.  Let's kick the shit out of this game and get to doing what we love.