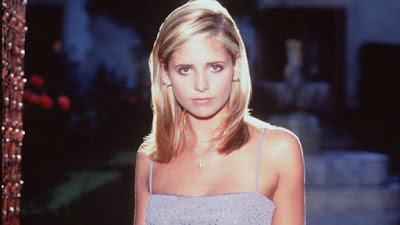 With news of the Buffy the Vampire Slayer reboot coming it has me thinking; when will studios start creating more new and fresh content for viewers?  Most fans (like myself) have seen a reboot of some of their favorite stories and hell, some have even only watched the reboots (myself included).  I'm not saying that it's flawed to create reboots but, I know I'm not the only one yearning for something new.

Plenty of audiences have mentioned time and time again publicly stating they're looking for something new to gain their attentions.  Now, remakes have had their stake in the industry for years.  It's a good way to make some extra $$$ because the studios know how well they did last time with the fan base and all, plus it's a great way to revitalize the same concept for a newer generation.  Some times these remakes aren't so bad, in fact some have even made it into the classics.  Here are some films that were remade and done well: Little Shop of Horrors, Invasion of the Body Snatchers , The Fly, The Thing, IT and most recently A Star is Born.  I, for one, really enjoyed the new IT movie and thought it was captivating and even smart to separate the two timelines of the story into two films.  You can find a list of great remakes here on IndieWire.  Point being is that remakes can be good, really good but like most films (since it is a high risk industry) some will flop, or create an uproar... in example Ghostbusters or The Wolfman (2010).

Even though there has been a good comeback for some reboots I still feel the need for new content like most of the industry's audiences.  Netflix has a good thing going for them with Stranger Things and Black Mirror. Let's also not forget HBO's Game of Thrones.  I can't wait to see what the future brings for new content, especially since the rise of series has come.  Hell, the Hooligans are going to take a jab at it as well; be on the lookout.

You all can find more information on the Buffy the Vampire Slayer Reboot on Bloody Disgusting.