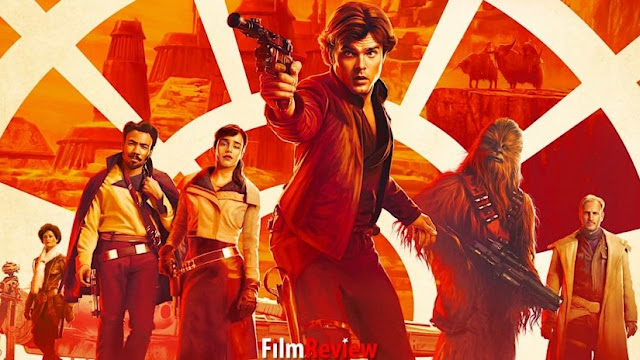 'Solo: A Star Wars Story,' directed by Ron Howard starring Alden Ehrenreich, Joonas Suotamo, Woody Harrelson, Emilia Clarke, and Donald Glover, premiered last week. I finally got to see it despite news of having a not-so-stellar box office opening. After watching it, I can see where some fans could have been underwhelmed. Still, it wasn’t all bad, and it did have some good and fun moments.

I will say that the second half of the movie was much better than the first. The action felt a lot more complete and well-rounded by that point and not so rushed story-wise. The VFX was obviously fantastic, to be expected, and blended extremely well with everything else.

One explanation I truly enjoyed was the Kessel Run in 12 parsecs. They truly amped it up visually to show exactly how much of a big deal it really was in their universe. The whole “escape pod” thing at the front of the ship didn’t really feel well placed. It was as if they had to try to make it look different enough from the original only to push for how it was going look later. However, the rest of the action didn’t detract from what was going on against the TIE fighters.

One of my favorite parts was seeing Warwick Davis making an appearance sans makeup or animal/alien suit. He’s been a regular throughout the film series here and there when he first appeared as the Ewok Wicket in Episode VI. He even had some lines that weren’t in another language. Cool beans, Warwick!

As a fellow filmmaker put it, it often felt as if they were spoon-feeding us explanations of origins for Han. Here’s how he got his name. Here’s how he met Chewie. Here’s how Han and Lando started out and got onto the Millennium Falcon - though, that one didn’t feel as bad because it played to the story better than the others. It felt more like forced fan-service instead of Easter Eggs strategically placed in a well thought out story - kind of like how Lucas redid the old original Trilogy with modern VFX because it wasn’t what he wanted. I mean, you have scenes solely dedicated to these fan-service origin stories (i.e. his name then awkward jump right into a war). Leave it alone and focus on the story.

The giant tentacled beast in the Maw felt sort of weird. Although there have been other monsters of unknown origins with similar attributes, this one felt a little off just floating along in a giant ionized gas cloud in space. This thing just lives there without anyone ever seeing it or knowing about it?

I felt that they needed to establish a bit more about Enfys Nest rather than trying to save it at the end like, “this is where the Rebel Alliance started.” It was pushed too far off and all the gangs (i.e. Crimson Dawn, Enfys Nest, and whatever the gang was in the beginning that wasn’t important enough to begin with).

From the opening scene, I felt really discombobulated story-wise and wasn’t really sure what all of it was leading towards despite having the classic blue, expository text (sans screen crawl, mind you). It made it harder to push through and just relax into the story. Not only that, but the story elements felt extremely rushed as there were characters established in the beginning (i.e. Lady Proxima) who didn’t have any real significance or even a callback later on. I couldn’t get an inkling of what type of character she was in the less than 5 minutes of screen time she appeared in, but they wanted us to believe she played a huge role in Han's early life.

The entire opening almost felt like an amateur constructed it or was decided upon on-the-spot. The shaky cam at the beginning felt really weird along with the quick-paced montage of shots leading up to Solo stealing the speeder - that was literally the opening shots. I get that they’re trying to start in the middle of action, but it all felt misplaced and uninteresting. It wasn’t until Han and Qi’ra finally made their escape using the speeder that it started to feel a bit more complete, but even then the chase scene still felt incomplete.

I realize Ron Howard had shot roughly 70 percent of the film, which I could chalk up to the more enjoyable parts of the film, but man that coloring in the beginning was harsh. Again, it was as if an amateur lit the scenes with mood colors and then left it too dark to see anything - that’s not how any of that works for low-light scenes. The same goes for unmotivated movements that took me out of the story (again, mainly in the beginning).

The last thing that came to mind that bugged me had nothing to do with the movie really (sort of), but when they threw in L3’s core into the Falcon, and then mapped out an exit through an ionized cloud with massive interference and debris along with a clear lightspeed route, I started to wonder why the hell ships even need manual shooters on them in the first place. You mean to tell me that you can map out an entire dynamically moving area in seconds, but when it comes to firing a laser, it must be done manually with an outdated targeting system?? Awkward...

Overall, Solo wasn’t a terrible movie despite people’s disappointment with it. I reiterate that the second half felt much more cohesive than the first, which is hard to come back from when starting off on a bad foot. I did enjoy it as a whole and will probably chalk it up to something to throw on in the background while I’m working (not a hit on it - I do this frequently with movies and shows I already know). It served its purpose to give us an origin story - tooth and nail - and I am interested in seeing if they move on to expand the storyline, particularly for Qi’ra.

I’d still recommend it for the Kessel Run scenes alone as they were the most interesting elements that traced back to the originals. Until then, I’ll be waiting like a Sith Lord sitting for a report from his underling.