FILM WARS: The Movie Thief and the Lost Monopoly 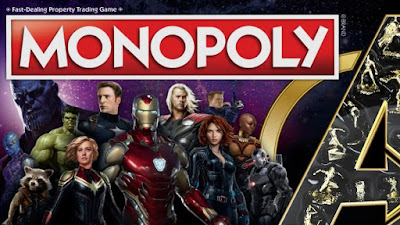 Theaters shut their doors in the face of the COVID-19 pandemic.  Hollywood, in the middle of its back-breaking workhorse, stalls in the momentous roar of silence rolling through the hills of a quarantined audience.  Out emerges Universal Studios, riding atop their noble steed: Trolls World Tour.  As they charge through success among theater shutdowns, the world is happy... or is it?  AMC rages in the wake of Universal's trophy - despite being the only platform to premiere as theaters remain closed.  In an act of prideful defiance, the kings and queens of AMC declare war against Universal, aided by their comrade, Regal Cinemas, and a new era of old cataclysmic whims reemerge.  Will this be the end of theater chains?  Will Universal double down and stream on their own platform?  Will popcorn inflation no longer be a problem of future generations?

Although it's too early to tell, the future of theatrical cinema remains to be seen as the world slowly rolls out with new guidelines on how to "safely" return business to normal in a post-pandemic world, which makes the AMC-Universal debate somewhat odd for a few reasons.  It's all still up in the air.

The Studio and Theater Spat

In case you missed it, Universal released a VOD premiere of Trolls World Tour; sponsored by Fandango.  One source touted the animation raised about $150 million domestically and $350 million worldwide.  Though those numbers are rough, Universal counted it as a success for the $90 million movie, and the media claimed outrageous titles such as, "Universal just told theaters they aren't relevant" and the like.  Enter AMC...
Upon reading the news of Universal's success, AMC formally announced their refusal to play Universal movies from then on out, claiming their efforts to raise the caliber of tentpole movies are an important part of the release platforms studios (independent or otherwise) need in order to shine the light of their films' future so the world may view them in all their glory.  Though Trolls World Tour was not the first to do a same-day streaming premiere (there was a movement a few years back where theater and same-day VOD premieres released at the same time but didn't have much success), AMC took Universal's success as a personal blow to their value add on film releases, as stated in a letter released by the CEO.

[SIDE NOTE: There is a strict 90-day window clause built into contracts that state tentpole movies must wait 90 days from their theatrical release date before moving on to any streaming platform.  Since Roma was not considered a tentpole movie as an independent, it did not require the 90-day window in its theatrical debut, which pissed off a lot of the elites at the Academy when it went up for Oscars awards.  The rule to qualify a movie for an Oscar is (I believe) at least 1-2-weeks in theaters.]

The Reality of Distribution: The Movie "Thief"

On some level, AMC's claims of raising the bar of films is not unfounded.  For almost a century, movies with theatrical releases are regarded as the pinnacle of "silver screen" accolades whereas statisticians pull data of success (or failure) to prove the world's temperament against particular genre films, actors, etc.  Investors also look to worldwide numbers to gauge the success of any particular film (blockbuster or flop) they want to invest in - this is nothing new.  However, AMC's claims are somewhat askew.  For the first time in history, theaters shut their doors to the public for weeks.  Studios have been forced to change their theatrical release dates as the masses are ordered to stay at home.
Movie deals are made for each individual movie, and there has been no talk on the wire of Universal making any sort of distribution deal with AMC for Trolls World Tour.  Even so, there are clauses in every deal that directly tackle emergencies such as this.  Should there have been an exchange of money, additional fees would have been incurred if Universal decided to back out on the deal.  None of these stipulations were addressed in AMC's letter, therefore, since it is not due to legal recourse, it is believed to be based on a "bad business" vibe that will forever echo across the film industry.  It appears to be a personal beef, and AMC comes off like a child kicking and stomping their feet because they didn't like that Universal continued to premiere a tentpole movie without them.
In Universal's defense, they had a lucrative merchandise deal they wanted to adhere to for Trolls, as opposed to waiting for an unknown date for theatrical release to recuperate their money spent on making the film ($90 million).  From their standpoint, merchandise is a much better route based on an established date rather than an unknown one stuck in theater shutdowns.  Merchandise is how many studios make their money back - it's how George Lucas made his millions off of Star Wars (not from the movies themselves, but from the merchandising rights) - it's why Spaceballs pokes fun at it in the spoof.

[SIDE NOTE: George Lucas only allowed for the Spaceballs spoof so long as Mel Brooks did not sell any merchandise for it.  Obviously, he agreed.]

So, if this is not a legal battle, who is in the right here?  Was Universal's actions so vile that AMC "had" to refuse showing their movies?  Or was AMC's reaction justified in the light of "bad business" and horrible dealings with Universal?  Either way you swing it, there is a hidden and much more daunting issue at play here now that this has occurred.

On May 4, 1948, in United States v. Paramount, the Supreme Court ruled against the five major studios (and three smaller ones) stating the Hollywood vertical integration system violated the Sherman Antitrust Act and allowed for studios to monopolize the industry.  Studios at the time held exclusive contracts with actors and directors and worked together with theaters they owned to further extend their reach and control.  There were many fights for almost three decades between the major studios, the government, independent movie-makers, and theater owners.  Many studios participated in "block booking," where they forced theaters to buy a group of films in advance without viewing them first - the practice was deemed illegal in 1930.
After the 1948 ruling, the studios were forced to disband their studio-theater monopolies.  They followed suit after Howard Hughes of RKO Pictures sold his theaters followed by studio giant Paramount.  It is believed this paved way for the success of television.

The idea of vertical integration gave control of movies, content, and personnel to the studios and further propagated evidence of the Hollywood workhorse as a monopoly.  Why is this important today and how does it relate to the AMC-Universal debate?  Enter New Media.
New Media is roughly defined as media that relies on computers for distribution.  Although it does not technically include television and feature films, the line became blurred with the advent of Netflix's streaming option in 2010.  Netflix introduced their streaming service while they held DVD and BluRay rights of movies.  In 2012, Netflix began producing their own "Netflix Originals" - their own content - which they streamed exclusively on their own platform.  Since the Netflix platform of streaming required a computer (and membership) to stream, it was considered New Media and the old rulings did not technically apply to them.
Less than a decade later, a slew of studios (both movie and television alike) have caught on to this loophole in the legal ruling, which Netflix circumvented for years, and began creating their own streaming platforms (i.e. Disney+, HBO Max, AppleTV, Peacock, etc).  As technology enhanced rapidly, external devices like the Roku and FireStick became somewhat obsolete as software was incorporated directly into "smart" televisions; the television acting as the "computer" on its own.
With Universal's success on the horizon (despite it being a one-off in a time of crisis when literally no one could attend theaters), and AMC refusing to showcase any more Universal movies, the pathway to studio-platform monopolies becomes much clearer.  Studios still justify these loopholes as "legal" in terms of software integration, computerization over Internet instead of cable, licensing deals between platforms (exactly like they did between theaters but on an individual basis), and that platforms are not technically "theaters" as was defined in the 1948 ruling.  One may even question if anybody on the AMC board holds stock in any streaming platforms, and this is all just a strategized move on AMC to move from brick-and-mortar theaters and into the streaming world, but that's all truly just conjecture.

With the lack of legislation on New Media, the studios have reopened their chances to posture for monopolization of the industry once again, especially on the rise of a pandemic-spawned economic Depression.  Studio legal teams are much more adept at keeping them in compliance with the law these days, and the world doesn't hear too much about any litigation in film unless it involves sexual harassment or sexual assault.
This should outrage me, yet the climate has altered my perception a bit.  Do I feel the industry needs to separate this new type of vertical integration?  To an extent, yes.  However, much like many issues and mindsets, the temperament of the overall culture of movie-makers has changed drastically over the years  This may also be in part that the studios control almost all of the funding for mainstream movies despite paying creators (independent or otherwise) less and less every year.  However, I do believe the legislation on New Media needs to be looked over once again from the standpoint of violating the Sherman Antitrust Act.  As an independent filmmaker, I don't wish for indies to die out among studio monopolization.
Will history repeat itself or will the studios retain their rights this time and finally win the battle of major rule over all?  Will independent filmmakers and theaters ban together again to fight against these monopolizing studios?  Or will everything fall to the wayside as creators continue to get the short end of the stick and disappear?  I have not heard anyone talking about this major piece of history, so I fear for the future of us indies.  However, as I said before, it's all still up in the air.