THE GRIND: 5 Tips To Digital Networking For The Film Industry 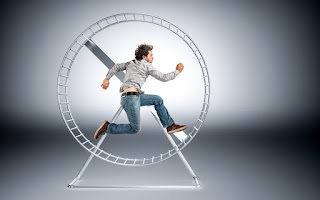 I'll be the first to admit that for a business owner, I'm absolutely terrible at keeping in contact with new connections on business platforms like LinkedIn, Stage32, and other film- and non-film-related networking sites.  To be completely honest, it's not that I don't want to connect and reach out to new people, but rather I am inundated with so many messages every day from writers, composers, and filmmakers throwing too much information at me all at once, I choose to be more productive with my own work instead.  Out of the last 50 messages, I have only seriously read about 3 or 4 of them.  "The Grind" is part of the entertainment business - I get that - but there are a few missteps trending, and I feel good business decorum is lost in the methods people are using to establish professional connections.  I wrote this for those looking to connect and pitch across networking sites when sending private messages for the first time.

Here are 5 Tips to Digital Networking for the Film Industry

Out of all the first-time messages I've received, the most appealing were those starting with a brief introduction followed with their purpose for reaching out (i.e. professional connection, script review, collaboration, etc).  There's no denying that the events of your life have lead you to where you are today.  Your journey is intimate and is a major reason of why you are the way you are as a person.  That being said, you do not need to divulge your entire backstory in the very first message you send.  I've lost count of the sheer number of paragraphs I've skimmed through of someone's personal road they've taken in order to send me a message - and I don't ever finish reading them.  It's not that I'm not empathetic, but people don't usually do this to someone they just met, and, therefore, it does not belong in business unless asked.

Additionally, I've come across too many messages full of paragraphs upon paragraphs of breakdowns and synopses for films waiting to be produced - I never read them.  Why?  Because I have no idea who you are or the work you've done.  You haven't taken the first step to good business - building a relationship.  Overwhelming a producer is a surefire way to get ignored or even blocked.  As a producer, I must be selective of the films I want to slate for production - that's a major part of my job.  However, many new writers and filmmakers start off with too much information before I even know who I'm talking to on the other end.  In this industry, your script / movie is secondary unless someone finds it through an distributor, agency, script house / website, or festival / competition, and they reach out to you first.  People first, product second - that's always been the rule.

2. Ask Before Sending Material Over

I cannot stress this enough: do not bombard producers with breakdowns and synopses of your story in the very first message.  This is very different from sending query letters to studios where a secretary or reader will be your first point of contact, and you may not have the opportunity to expand on what you're offering.  If you send everything via private message on the first go, you will most likely be ignored.  Digital networking via private messages is similar to talking to someone over the phone on a cold call.  You don't just start breaking down your story right after introducing yourself; that's a quick way to get cut off before you can actually get to someone who can greenlight your project.  If you wouldn't do it in real life, then don't expect a different response over networking platforms either.

Lead with professionalism, not desperation.  As a business owner, my goal is to provide a quality product for consumers first - that is and will always be my main priority to maintain a business.  Begging for a producer to make your film or hire you as an actor / actress will lead you to be completely ignored if not blocked (I've received pleas from both local and foreign beggars).  Most business owners and producers won't want to hold onto someone who is desperately clinging to be let in while there are others taking the correct steps toward building their career professionally.  This is a business, and if you have a quality script / film / service, then you must show you can be a professional about it and let it speak for itself (with a bit of salesmanship, of course).  This is similar to panhandling a script outside of a studio lot for anyone who will take it in hopes of being discovered.  If anyone does take it, they won't take it seriously, so lead with your best foot forward with a great first impression.

With so many people on social media, one would think this is a no brainer for professional connections.  I am continuously added to long lists of people I don't know from new connections with trailers, crowdfunding pages, and requests for reviews of their projects.  Most every person on those lists, including myself, remove themselves from the group without ever going over the material or leaving a response.  That is similar to gathering a bunch of producers from various studios into one room and pitching the same pitch to all of them.  This isn't Shark Tank, and it's one of the best ways to get rejected before your pitch even begins.

One of the major missteps is the lack of research on a particular producer or company.  My narrative film company, Hyde Hooligan Films, specializes in Horror, Thriller, and Supernatural genres; it's all over our website and in the films we produce.  Regardless, I still receive multiple pitches to produce family films, heavy dramatic pieces, and even faith movies.  On top of that, I have also received multiple requests for financial backing - something we do not offer at this time and have never offered before.  Doing your due diligence on a company's / producer's former and current projects will ensure your own work fits best with them.  It will also help you to avoid companies that already have a similar film slated for release or distributed in the past.  This should be done before meetings as well since every person lowers their guard when their previous work is recognized; just don't patronize them in the process.

There are many other faux pas to avoid when connecting across professional networking platforms.  Be professional, don't overwhelm your prospects with loads of information, build relationships first before selling your product / service, and learn to take rejection gracefully.  These are all part of the industry.  Most importantly, keep growing and refining your technique in both craft and in business because the moment you think you know it all, you're wrong.  Good luck!