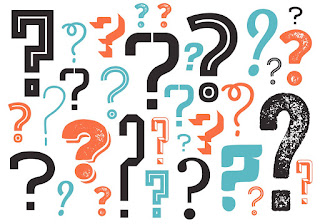 No really, what happened to the rest of 2019?  I feel like so much got fired in the latter half of the year so much was lost to the wayside.  Life inadvertently shifted work efforts into a variety of directions we never thought possible.  So here's a quick recap of what happened to us in 2019.

Between Master Classes and Audio Books, Hooligan V and I have consumed over 2 dozens courses and books this year.  We've always pushed education as the forefront of growth, and we're not stopping.  There are still more Master Classes to tackle and audio books to complete.

One of the biggest lessons we learned the hard way this year was to set harder boundaries among filmmakers.  Outside of a horrible (and ongoing) experience with a dictator-like filmmaker, the rest of our time on set was well placed.  We helped create a new and exclusive Business Owner group focused on the creative industry.

Both Hooligan V and I did a run for a script competition through a major studio in what I'm calling a Writer Fellowship.  We both wrote a feature script each in less than 3 weeks as well as a Treatment for a new feature idea.  This was a major accomplishment for the both of us, and we spent the past few months fine-tuning our writing ability and process.  We now have 4 slated scripts we're working on both spec and original.

A lot of our time was spent following one of our hooligans, Doc, on the Appalachian Trail as he traveled over 2,000 miles on foot in a kilt.  He accomplished this amazing feat with many tales and photos, and he's gearing up for Round 2 of the Triple Crown.  If you'd like more information, please visit: www.thewanderingkiltsman.com

Overall, this year was full of life, lessons, and a lot of love poured into our families and films.  We weren't able to push for a narrative feature, but we're prepping for this upcoming year.  With some newer filmmakers on our roster and some up-and-comers making some headway, we're looking to make 2020 our year back into production.  Have a fantastic New Year!