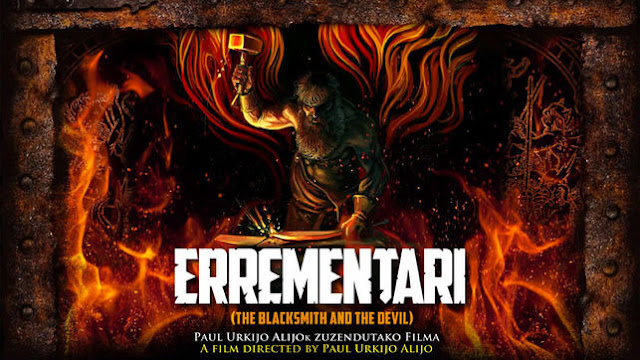 I got to watch Errementari: The Blacksmith and the Devil last night while I was working. It is a Basque film that retells a classic fable about a blacksmith battling it out with a devil. In this movie, a blacksmith named Paxti has captured Sartael - a devil en route to claim his soul - and has secluded himself away from the townsfolk until one day a little girl named Usue accidentally stumbles into the scenario and unwittingly lets him out. Beware as there are:

SPOILERS AHEAD!! YOU HAVE BEEN WARNED!!!

Errementari is playing on Netflix, and I had been wanting to watch it for some time now. It was dubbed in English, so there was that awkward mismatch that comes with all dubbed films. To be honest, I would have liked to watch it in its original language with subtitles, and I still just might if it's an option. 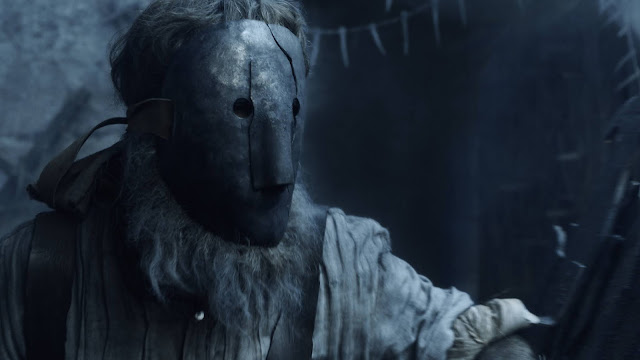 Across the board, most critics and audience reviews claim the set design was top notch, and I agree. The designs were very stylized and the practical demons themselves had great looks to them that seemed much more real than fabricated. I particularly enjoyed the basic transitions / transformations that happen along the way though they were few. The cinematography was done really well throughout the movie too. I am a fan of the ending with Sartael changing into human form (same actor unlike his younger self earlier) and getting picked up to tell a story to someone new.

There were moments where the story felt a little forced and wishy-washy, particularly in the 2nd half. Many parts didn't make sense, for instance, when Usue died but was somehow brought back to life after being stabbed by a giant pitchfork. Another instance is the taking of the physical bell and hammer to hell from the real world - still just unsure how that happened and just seemed to work for the movement of the story. Regardless, there are others, but those were the 2 that stuck out to me the most.

My biggest gripe about this movie is the pacing for the setup in the beginning. Although I threw this on in the background while doing some work, I still felt the pacing needed to be picked up. The opening image was good, but then it started to slow to a crawl. However, I did notice that after about 30-40 minutes, the story picked up and paced itself at a much more acceptable speed.

My other gripe is that although it holds many horror elements - like a stylized version of the Gates of Hell - I wouldn't really call it a horror film but rather more of a Dark Fantasy. 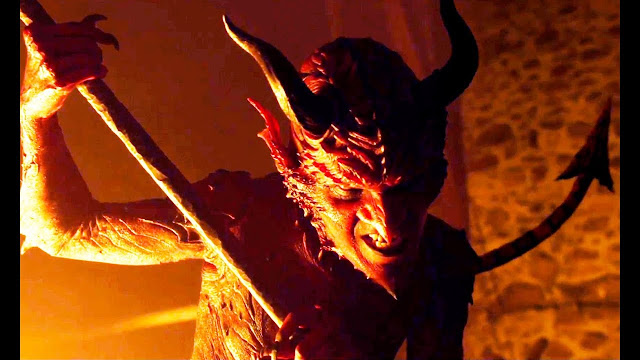 In the end, I did really enjoy this movie for all that it was. As mentioned, I still want to watch it in its original language with subtitles to get a better feel of the actors and world they've built. I feel like this is one of those films where you just have to go see and let it take you into its story till the end. I'm almost at a loss of words for it, which is almost a bad thing (Dave always talks about how being neutral is a sign that it didn't resonate on any emotional level - and he's right). I didn't really feel for the characters as much as I wanted, but the story was interesting and the set design was amazing. I still recommend that you just go watch it on Netflix.